8 Benefits of running for beginners infographic

Eight benefits of running every beginner should know about in colourful infographic form. 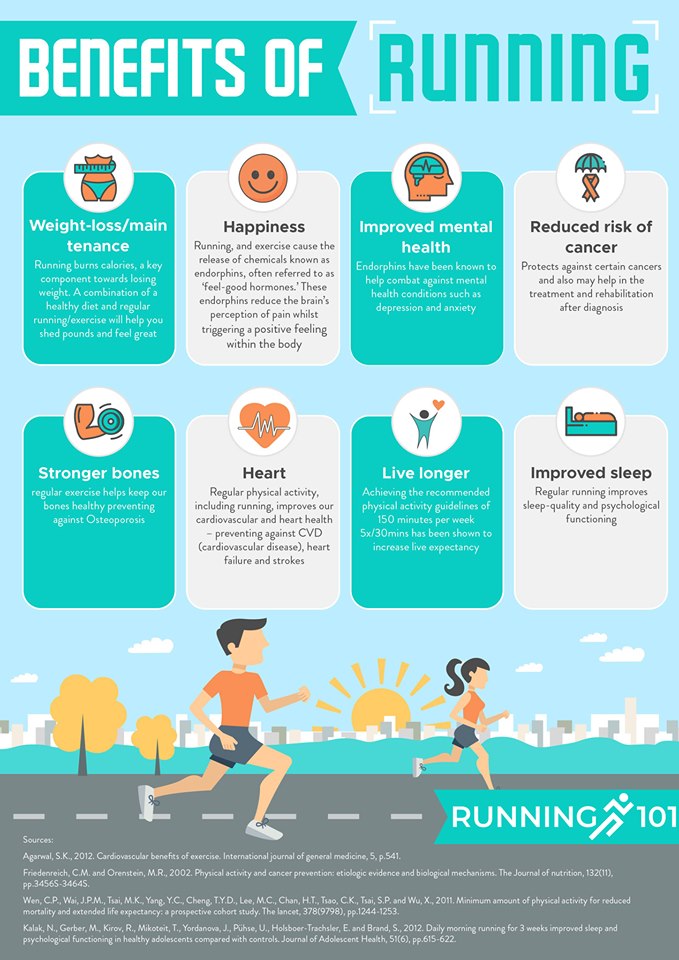 There are many key benefits to lacing up, heading outside, and pounding the pavement several times each week. Whether you’re considering starting to run, or already run a couple of times per week, chances are you’d like to know what good you are doing for your body.

There are actually several positive benefits of running regularly. We’ve taken eight of the most popular and summarised these in the form of a colourful infographic – as seen above.

Each of these benefits will now be explained in more detail below.

Regular running combined with a caloric deficit will help you lose weight. However, frequent running with a healthy diet will also help you maintain your current weight, all while losing that stubborn body fat.

However, if you’re not running to lose weight, don’t worry. Running on the regular won’t turn you into a spaghetti look alike, so long as you replenish the calories lost from running.

Also, ensure to consume plenty of protein, allowing you to maintain, repair and build muscle mass. This is essential if you’re running several times a week, reducing your risk of injury and allowing you to perform at your best.

Related: Is 30-minutes of running per day enough to help me lose weight?

Chances are you’ve heard of the “runners high.” This is a feeling of euphoria combined with reduced anxiety and a lessened ability to feel pain, caused by our body releasing endorphins known as “feel-good hormones.” The release of these hormones help increase happiness during and directly after finishing exercise. As well as this, exercise has been shown to help combat mental health conditions such as anxiety and depression.

Including as little as two or three runs a week can help beat those Monday blues, improving your overall mood, and even increasing your productivity – your boss may even thank you too.

As briefly discussed, regular exercise has been recognised to help combat mental health conditions such as depression and anxiety. The regular release of endorphins alongside goal setting, and in some cases, social interaction, work wonders for those battling these conditions.

In fact, the NHS UK has actually started to recommend parkrun for those suffering from conditions such as depression and anxiety. When we break it down, parkrun essentially allows us to:

You don’t need to be an expert runner to enjoy or train for parkrun either. In fact, it’s quite the opposite. Couch to 5k programmes (including those prescribed by the NHS) are designed for beginners. Who would have known that getting off the sofa and into a pair of running shoes would be so good for you?

For example, those going through rehabilitation may benefit from regular exercise such as running. Not only will this build up your physical strength, but will improve your mental health as well. However, if this is you we recommend speaking to your doctor beforehand for the all-clear.

However, if you are currently suffering from Osteoporosis, the NHS UK recommends avoiding high impact physical activity, such as running as this may increase the risk of a fracture and or fall. To build further strength while reducing pain, you should look to include a combination of low-intensity endurance training such as cycling with low impact strength training each week.

To protect against CVD and other diseases, a healthy well-balanced diet combined with regular physical activity/running is a must. It’s a well-known fact that runner’s hearts are stronger, also often having a lower resting heartbeat than non-runners or sedentary individuals.

A further study comparing inactive individuals and participants who exercised for an average of 92-minutes per week revealed a reduced risk of all cause-mortality by up to 14%. Furthermore, those who exercised regularly had a three year longer life expectancy than those currently living an inactive lifestyle.

Regular physical activity, including running for a total of 150-minutes per week (5×30-minutes) will, most likely increase your life expectancy and have you outliving those non-runner friends.

You don’t have to run the full 150-minutes either. If you prefer, you could run twice, lift weights twice, and use the elliptical once. In fact, we recommend combining strength training with running to improve bone health, whilst also reducing your risk of picking up an injury.

This one is relatively self-explanatory, regular running and exercise improve both sleep quality and brain function. Exercising throughout the day makes us more tired, improving mental relaxation and making it that little bit easier to hit the pillow for those high-quality zzz’s.

Also, if you don’t already, consider implementing a sleep schedule. Aim to wake up and go to bed the same time each day, allowing you to feel less tired, fully rested, and ready for your run.

Related: The importance of sleep as a runner.

The benefits of running for beginners are numerous, however, all somewhat relate to leading a more healthy and happy life. If you run already, why not run once or twice more per week? Or, why not combine strength training with your usual training to reap further benefits of physical activity.

Finally, feel free to use our infographic, just be sure to link us and say where you got it from! After all, spreading the word of the many benefits of running should be encouraged. 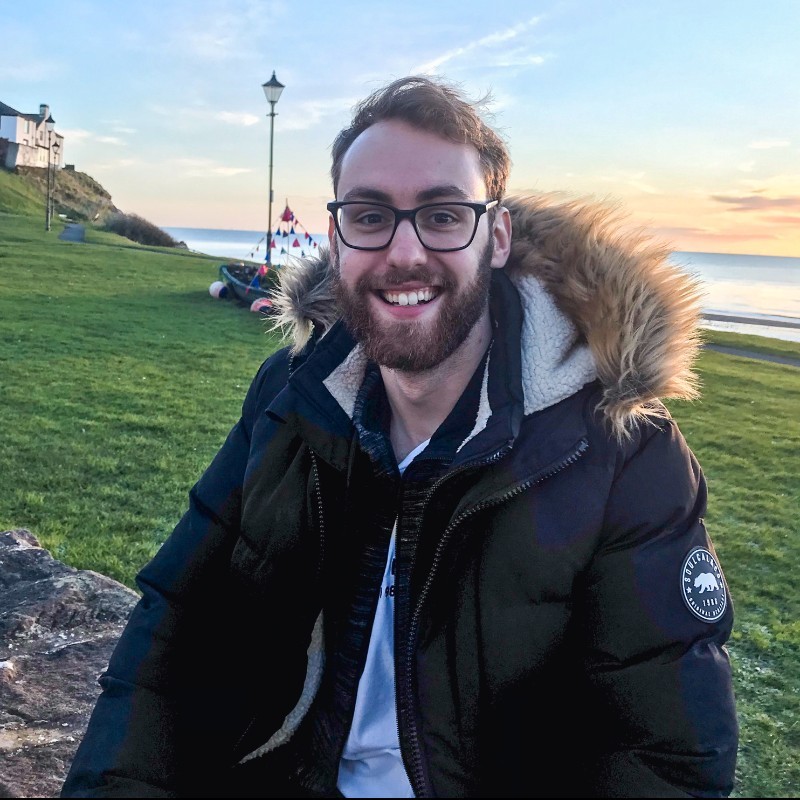 12 Best running movies to motivate you for your next run

Does running make you lose muscle?

10 Tips to tackle the summer’s heat as a runner